Below is the most recently-uploaded copy of my Horde character-usage statistics.  I have gathered these stats purely by writing down which characters I see other people using in games of public horde that I have participated in.  In order to gather these statistics, I use the following rules/limitations:

1) I never count the character I use (of course!).
2) I never count characters people on my friends-list use (as if I always play with the same people and they use the same characters it would unbalance the stats).
3) The total "matches" isn't a true total matches.  It's simply the total number of characters divided by 4 rounded to the nearest integer.  (Calculating the total matches lets me determine the average likelihood of getting a given character in each new public horde match). 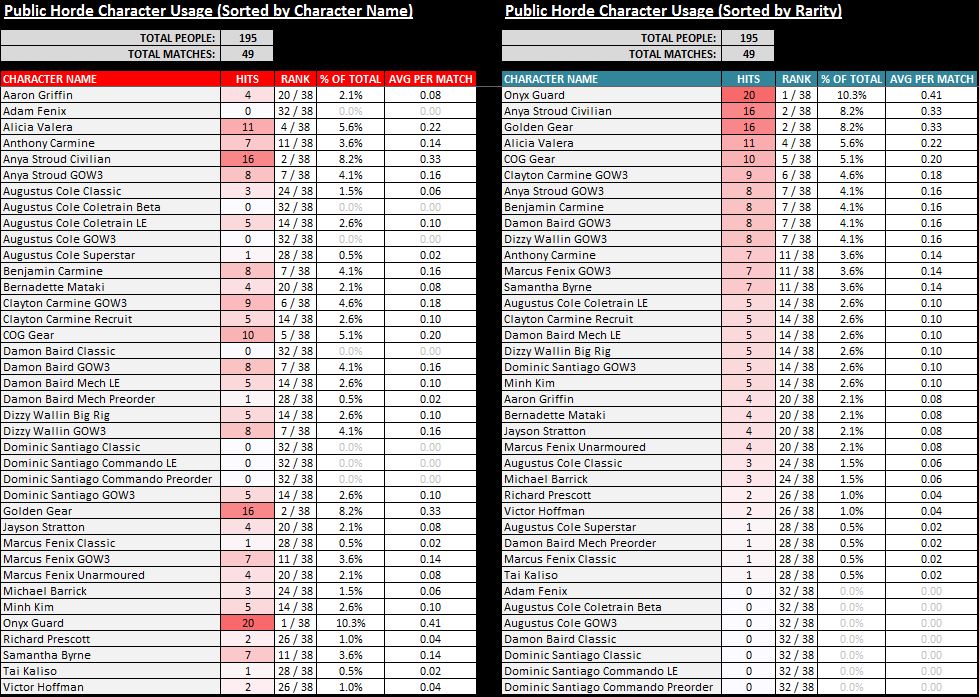 Below are the characters I have used in public horde since making the decision to start tracking my own character usage.  Sometimes I get the code on this website to choose for me, or other times I just choose whoever I feel like at the time.  For comparative purposes, beside the  percentages showing the characters I have actually used (actual %), the below tables also lists the theoretical percentages in my random select code (theory %).  This is all compared to what I have seen the general public used (others %). 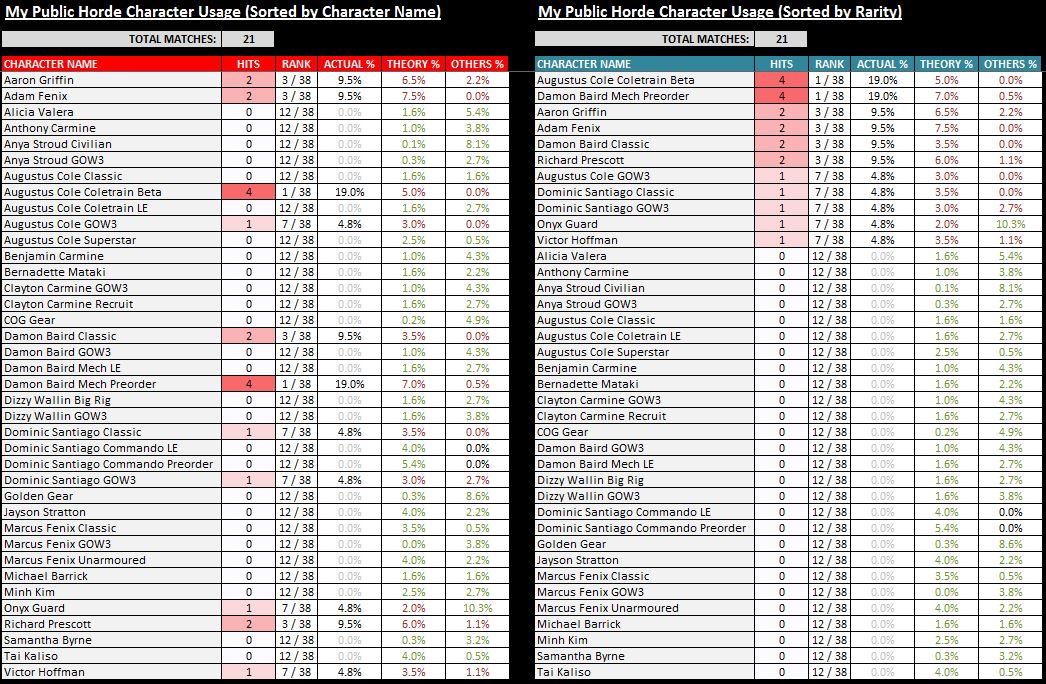 ﻿Summary of my Versus Combos﻿ 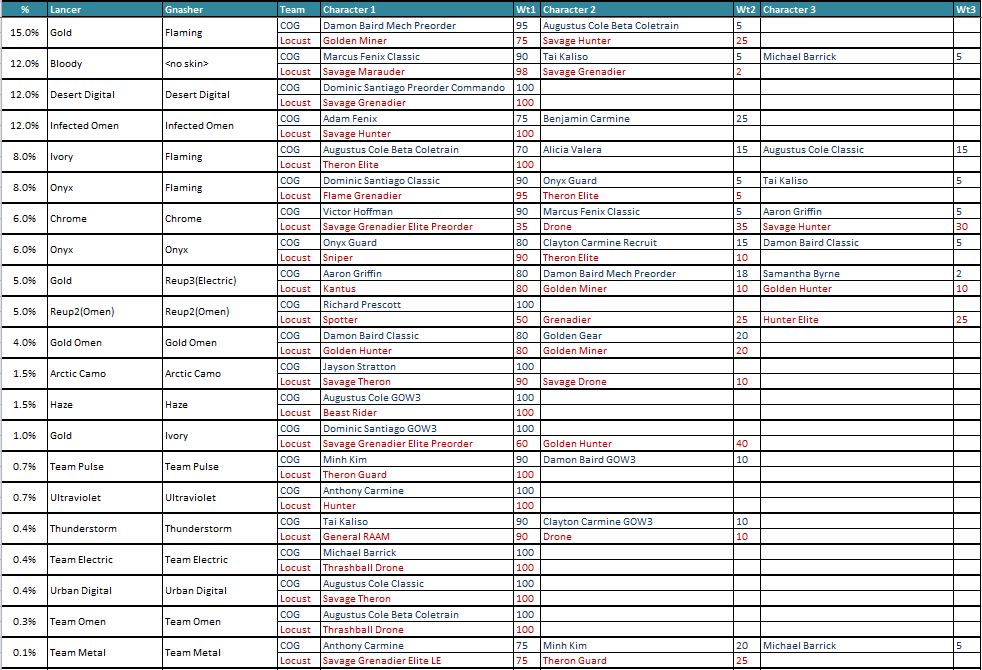